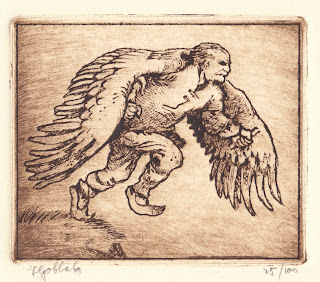 2010 started with promises and premonitions of change,  Little did I know what was in store for me...I tried to write up posts about the usual stuff such as birds and bird migrations,   the equinox and other neat stuff that happens around here all the time but somehow I was Unblogged.  I was on the one hand really busy with the tree planting which became hectic and frenzied as the weather went bonkers and on the other had the usual load of work and worries.  First 2009 was an "El Niño" Year with 150% less rain than normal and the just when I though things could not possibly get worse  it turned out that the weather would shift from "El Niño" to "La Niña", so we got all the the rain during the dry season and all the dry in the rainy season, go figure, at least we didn´t have any earthquaques or hurricanes (knock on wood) but my personal life went slowly but steadily to pieces emotionally speaking.

I was under stress due to the above tree planting frenzy, then things got ugly witht he SAT-anic people (my nickname for the revenue service of Guatemala call Superintendencia de Admnistracion Tributaria [SAT], there is nothing "super" about them and they definitely are Satanic in that they enjoy tormenting the few taxpayers in this country.  More about this later.  So heavy stress and then on the day of my birth day,  July 7th I got the news that my dear Uncle Imero had passed away.  I can only now put these words in black and white without getting too emotional.  Imero was a landmark, nay,  a lighthouse in my existential landscape and a threshold into other worlds.. so he was gone fromt his plane.  More about him later.  That same day or the next day while in the city I saw my Mom turn Yellow,  two days later she was diagnosed with pancreatic cancer.  She faced the dissease bravely and stoically like she lived and also passed away January 24th this year.

My only child to graduate fromt he University was to do so on june 16th and I absolutely had to be there, I thought great I can go to California and then go visit my Uncle in Maine..  went to the US embassy to renew my visa and bingo!!  I was rejected (More on this later too, now I have a visa,  thanks Uncle Sam)  so somehow I was not meant to go to my daughter's grad nor see my Uncle before he died.. hmmm  I'm not so sure about destiny or preordained things as I do believe in free choice, nevertheless there are times when it seems that the Higher Powers pushes the RESET button and all of a sudden you are like blank..  I know it is complicated

Despite my best intentions I became UNBLOGGED  I just could not write anything about anything.  In fact I hid into my world of work where things are simple and 1 + 1 = 2.  Loosing my Mom was really cathartic, there may be more on this later.. by the way I really don't care anymore if anyone read this f------- blog. and so now it is personal.  I kept it originally as a side kick to the Hotel website and did write a few good things about living and dying in Guatemala, the weater, the clouds the endless processions of colorful birds, but now there will be more than just pretty stuff I'm about to get ugly, or serious, or maybe not,  maybe super light and just float away into Umbravana....
Posted by Eugenio Gobbato at 12:00 PM