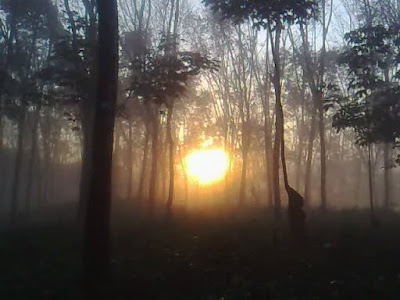 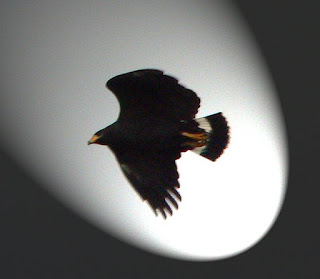 As Advertised we did have Mayan Ceremony and a workshop on the Mayan Calendar here at hacienda Tijax on the weekend of Dec. 16, 17 and 18th.  I had rushed to the city to pick up my beloved estranged daughter Adriana who had spend the last eight years in Spain, mostly Barcelona and she flew back and landed right int the midst of this rather emotional and mystical event.  There were premonitions such as this beatiful Great Hawk Eagle which came to visit us just a few days before the ceremony. 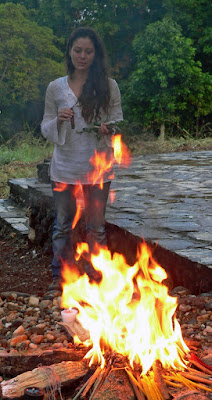 It turned out to be a Tzikin Day so the Great Hawk Eagle was perfect, the Ceremony was educational but mostly emotional for me and Adriana and Calixta to be toghether again after so many years and so much water under the bridge.. 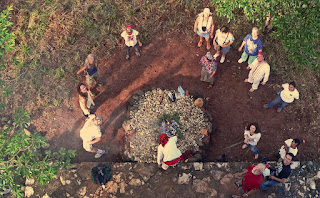 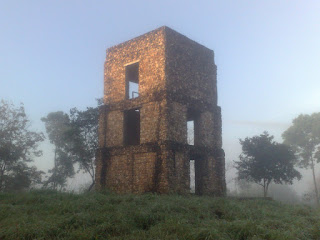 Calixta and her friends did more than just explain to us what the Ceremony is about as well as the Calendar and how it works, for me it was rediscovering a way of life than includes taking to the Gods and Spirits of the earth, heaven, our ancestors, the water, the fire the heart in the sky and all the manifest dualities without a middle man or woman.  Having been raised a Catholic some onelse was always doing the praying for me or telling me what to say and do, how to behave and dress, and so on..  Here it is simple under the stars as a roof and with the sun just peeking over the trees and in front of the inmensity of the Izabal valley we greeted and spoke to the Nahuales and thanked for the blessings and asked for our needs; rain, health, the guidance from our ancestors, etc. 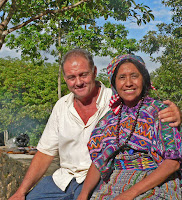 We basically inaugurated the fire at the Tijax Tower of the Shaman and was told in no uncertain terms by Nicolas and Calixta that now it was my job to keep the altar fed, hmmm.  At any rate as we are a Democracy now with freedom of religion I have decided to come out of the closet as a Mayan whatever, believer, shaman, aj kiij, after all I am Belejeb Tijax.  I have spent the last fifteen years of my life conversing with a God of my understanding but the offerings and the ceremony was more respectful of a Higher Being than what I usually do which is just chat.  I will chat some more but now I do go and light candle, burn incense and be one with the elements...
Posted by Eugenio Gobbato at 11:02 AM 1 comment: 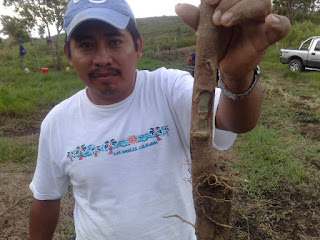 This and the next few blog entries are in retrospect as there was so much stuff happening towards the end of the year that I had no time to sit here and share these events with you.  So here we go.  First I had presented a proposal to the National Reforestation Institute (INAB) to reforest with Rubber some 100 acres, now the way this works is that you present the project and then start planting and it's kind of a lottery, you may or may not get the subsidy, which is no big deal but sure helps: around Q. 5,000.00 per hectare, usually this money goes to buying a better variety of rubber.  This year I decided to make my own nurseries using clones from my clonal garden: 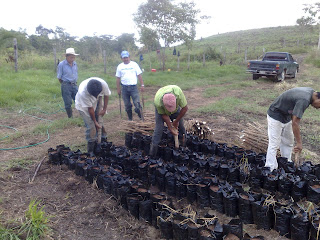 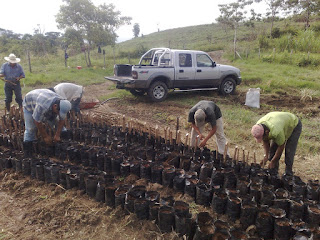 The these little stumps which are trees with "little green patches" that are now fashionable in Facebook but in fact they are "grafts" from a tree that is a certified source of good vegetative material so that we repreduce "fenotype" (hybrid) clones rather than let mother nature take it's course and produce it's own variety of baby trees. The we stick these stumps with grafts into bags and pray it rains a lot so that they take root.  The plan which has changed due to the several "Climate Change" Changes we've had here was orginally to stick these trees in the ground which is being prepped as we speak but with no Rain we had to search altenatives, let's hope for the best...Eu
Posted by Eugenio Gobbato at 5:23 AM No comments: