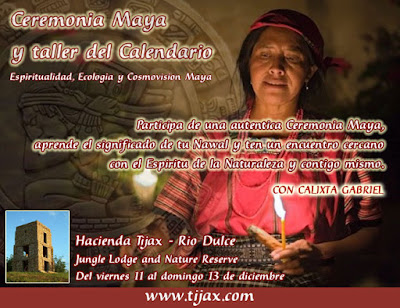 Posted by Eugenio Gobbato at 12:08 PM No comments:

tijaxblog: Waterfall
Posted by Eugenio Gobbato at 10:16 PM No comments:

Everytime a see a nice waterfall I remember the Hendrix song:

Waterfall
Don't ever change your ways
Fall with me for a million days
Oh, my waterfall

Posted by Eugenio Gobbato at 9:27 PM No comments:

After the Birdwatching event "Aves Coloridas del Caribe" held at Hacienda Tijax on the last weekend of October (23rd, 24th and 25th of October 2009) one of the "post tours" offered was the guided tour to the San Gil nature reserve organized by Social Tours (Esvin chacon) and the FUNDAECO NGO that is responsible for the management of this vast reserve along with he Government institution in charge of all reserves in Guatemala: CONAP.

I signed up for the tour along with wife Monica my son Andres and another couple from El Salvador Clemente and Florita that also own some land near the "Trifinio" reserve on the border with Honduras and El Salvador.
We started out early at the crack of dawn in order to be there by 07:00 hrs. We could have left even earlier for the birdwatching but we were mostly interested in the hike and for me personally to revisit the area after at least 7 or 8 years of absence. It is in this area of San Gil that the "bird banding" is carried out by ornithologists every year to monitor the passing of the migratory birds and the increase or decrease in populations, etc. However this is done in early October so we did not expect too many birds.

From the Rio Dulce one drives south towards Morales and turns off at the "San Marcos" turn to the left, then on to a dirt road which is well maintained as it serves several Fincas and villages, San Marcos, El Milagro, Los Angeles.. After endless rubber plantations and the villages one starts climbing the foothills of San Gil. with views like this to the south:

Incredible!! really the only way to see the whole Izabal Basin! We kept on climbing as the feeling of remoteness sets in, fewer houses, more trees and the last few farms as we approached the end of the "Agricultural Frontier" After a few more turns and there it is: San Gil!! There is a small valley which runs north to south draining the "Carbonera" river to the north, into the Golfete. We had to leave the 4x4 at that point and keep on going by foot, fortunately our guides provided rubber boots of all sizes for the fording of said Carbonera River where once upon the time Coal used to be mined according to our guide Obdulio. The view of San Gil from the south is splendid just before the sun broke through the clouds.. 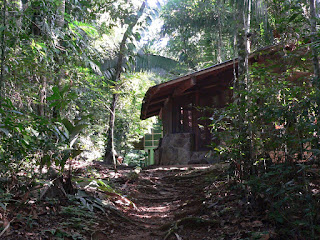 als climbing all of Tikals pyramids one after the other, really not for the faint of heart, right about the time when I was remembering my cardiologist's warnings about smoking, being over 50 and wearing my tongue as a Tye the hill flattens out and there in the middle of the Jungle is the "Estacion 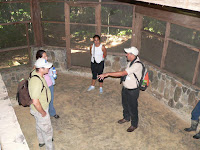 Cientifica" a combination of two buildings; one for lodging campers and another for various services including toilets, an eating area, a kitchen and some hammocks. The architecture of the stone "lodge" is kind of interesting and blend in well with the surrounding, the other strange yet charming in a way as it surprises one to see such a building there, too bad for the Institutional "green" but what else could one expect from and "environmental" NGO. 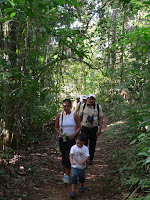 We were shown around by the friendly staff, drank water, heard the "Chicharras" had a nice breakfast of beans and tortillas but were eager to go on further into the Jungle. Off we went again thinking about the endless amounts energy a four year hold is capable of expending on the average day. At the same time we were surrounded by a myriad sounds including the kid chattering away like the "chicharras" asking what's this 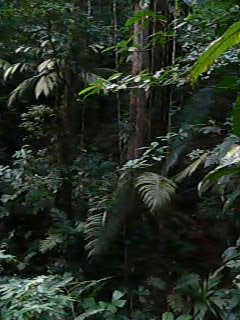 and why is that. I almost wished we had left him home but he was having a great time and what better way to get them acquainted with nature from a young age? The trails started to go up and down severely steep slopes but then again steep for me at 57, little Andy did not seem to mind getting a little help from Mom or Obdulio our guide who would perk his ears up and point well yes pretty much like a "Pointer" as we could not really see the birds in the high canopy of a truly "Primary Rain Forest". I confess my ignorance as an amateur birdwatcher as at one point we actually did see a small bird, gray brown with stripes and his female companion with simpler colorings, they did not seem afraid of us and hung around for a while. I got to use my binoculars and Obdulio was very exited about having sighted t 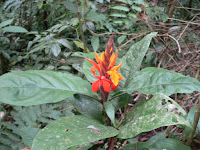 hese two. Hummingbirds are common also. The trails are dotted with interesting things like mushrooms growing out of rotten logs and pretty flowers. Gorgeous views of the Rain forest everywhere, more ups and downs and then finally to our destination: the crystal clear pool and a well deserved dip in the chilly waters.

The water is soo cold we actually stopped sweating and got cold! Perfectly timed, this is also the point where the return starts. The Photo opportunities are excellent, the small cascade is paradisaical and the surround rock formations seem to have been designed and adorned by a Japanese gardener. We took time to recharge our batteries so to speak although little Andy did not seem to have his discharged at all. 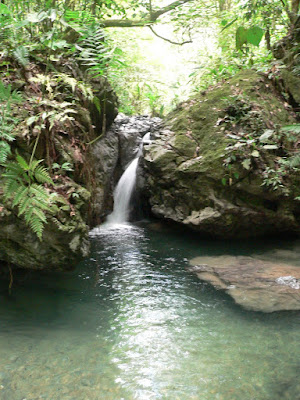 We chatted with Clemente and Florita who told us about their beautiful place in El Salvador and how it was on a higher elevation so they are in the "Cloud Forest". Got to know the guides better and they told us stories about a "detox" facility that operated there during the times of the Generals and how attendants were helicoptered in and out. I know this to be true as I met one of the inmates after a successful escape. they used to take their shoes away so they could not walk too far into the forest. Somehow he got a pair from a sleeping guard or something and was able to make it down the mountain and catch a cayuco ride to the Catamaran Hotel where he proceeded to get properly plastered on the delicious Margaritas sold there. A book was written inspired on these stories called "Carcel de Arboles" (Jail of Trees) by the well know Guatemalan novelist Rodrigo Rey Rosa. 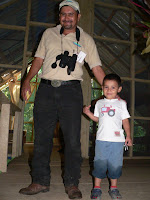 We were also told about the trails that goes on for eleven hours more from our point and reaches the North side of San Gil where you can see the Caribbean and Puerto Barrios if anyone is so inclined to do so serious hiking I bet it would really be a nice trip.

The return was uneventful and still very interesting we gave rides to the guides to their villages and were told that only eight families live nearby and they take care of the facilities under the supervision of FUNDAECO.

I highly recommend the trip but it also is not the sort of thing you should do alone or without making the necessary arrangements with the Institutions in charge so that you can get food, water, a proper guide and a vehicle to get in and out in time. 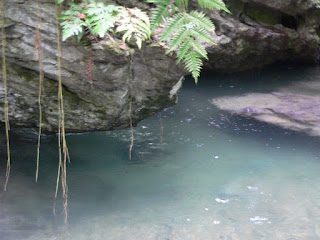 The best season is from October to May as later it probably gets too wet and rainy and the creeks will run fast and full. If anyone is interested they can contact Esvin at Social Travel in Puerto Barrios, phone (502) 51983654 www.izabalonline.com or me and I will most likely refer you to Esvin anyways. 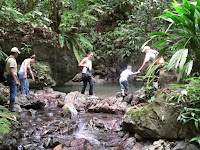 He did a great job at organizing our trip. Everything from rubber boots to transportation, guides, food was timely and adequate. We got home at a decent time for a Sunday lunch at home and a long nap. Little Andy slept soundly that night and just that was worth the effort we finally got him tired!! Ha.
Posted by Eugenio Gobbato at 11:05 AM No comments: 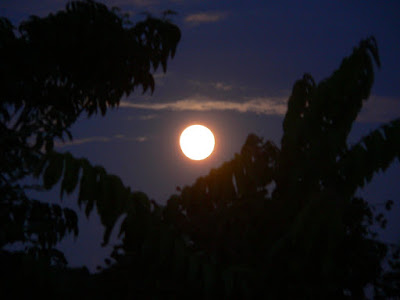 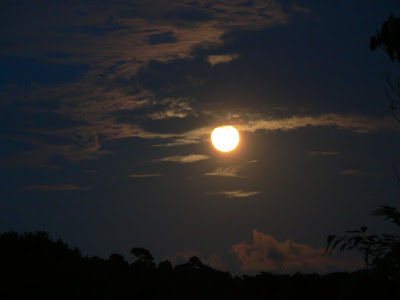 Posted by Eugenio Gobbato at 8:17 AM No comments: 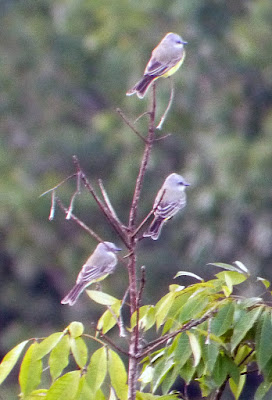 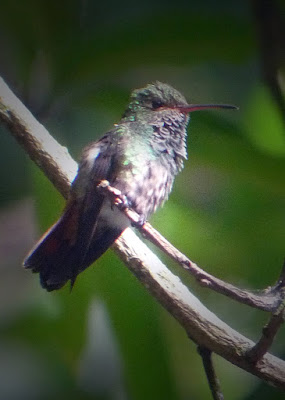 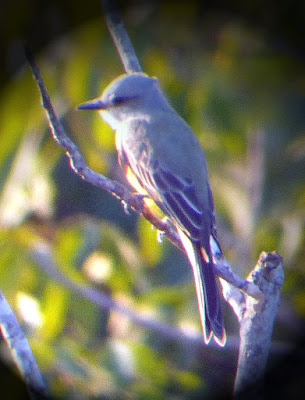 Posted by Eugenio Gobbato at 7:42 AM No comments: