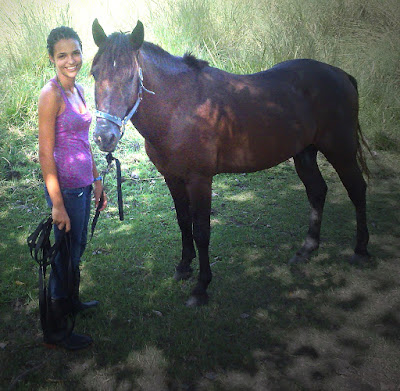 This upcoming December will be my 2oth anniversary of starting the Hacienda Tijax project. I may write something about this separately, however I must say that when I arrived I had dreams and expectations that were brewed some twenty years earlier to the tunes of Jimmy Hendrix, Jefferson Airplane, Pink Floyd, Beatles, Moody Blues and books like Carlos Castañedas don Juan series, Whole Earth Catalog, Woods hole "Stewardship of the Earth" and more such pre-new age stuff.

I was also escaping a crumbling reality of too much of everything and city life and a totally unmanageable life so I wanted to get "back to the roots" or at least recover the thread of my earlier vision. Ive written some of this in the www.tijax.com "vision" dept.

The point here is that in this "Vision" I wanted to create a place or a space intrinsically different from the standard version of a western biz-hotel-farm. I wanted it to be eco-friendly, interactive, self sustaining and so on. Some of these goals have partially been achieved and some not. but this story is not about me nor Tijax but rather about Joana and Chiltepe. Somehow at times the "vision" becomes fuzzy and blured and I forget what exactly it is I'm doing here. during the twenty years I've been here I have seen some 200,000 visitors at tijax and to my dismay, the vast majority simply cruise on by looking for the next cheap beer or some other rather mundane amenity.

Joana and family was crew on "Migo" a 40+ fibergalss, well appointed sloop on what seemed to me an extended voyage, perhaps around the world.. who knows? At any rate Joana soon discovered that we had horses here at Tijax and with another girlfriend approached me about "working with the horses" request. I probably cringed as I have had good and bad experiences with volunteers but mostly because of the resposability of having two young good looking teen age girls prancing around the farm and forest, exposed to all kinds of risks like snakes, insects, local "macho" types and goofy tourists.

After a trip home Joana returned more determined, in the meantime I thought really I should give this girl the chance to live out her dream, being one of the "original" aspects of my "vision" to have an open place and allow people to learn and interact with nature. We have a nice young stallion called "Chiltepe" because of his fiery disposition that no one of my cowboys had dared nor succeeded in training much less mounting.

Joana was adamant and she brought some equipment and got some ropes from the stables. with the help of some oat concentrate she was able to befriend the beast and daily spent hours with Chiltepe in the pastures just getting acquainted. I would zip by on my Honda and get glimpses of her patiently cleaning and dressing the horse with the apparels.

After a month or so of this she had the Horse on a tether and was walking him to and from the stables and had cut off the sweet oats. A few weeks went by and one or two episodes where my cowboys reported the horse had acted up, well, in a beastly fashion rearing up and trying to throw off the saddle while nearly kicking Joana (I wonder if her parents know this) she was able to get on the horse and stay on!! She would report to me occasionally as I'm usually too busy but I did notice from her smile that there was progress being made.

Finally "Success"!! she was riding regularly with the other horses and therefore the mission had been accomplished. A day or two before she left I saw her riding along witht he rest of the Horses on one of our regular "tours" She looked extremely good and secure on Chiltepe, so congratulations!! Joana and Chiltepe and mostly a Big "thank you" for reminding me why I wanted to do this in the first place. Wherever you go next I wish you and your lovely family all the best and I'm sure someone with your character and personality will certainly succeed in Life.